Win the chance to release a collab with Tom Enzy 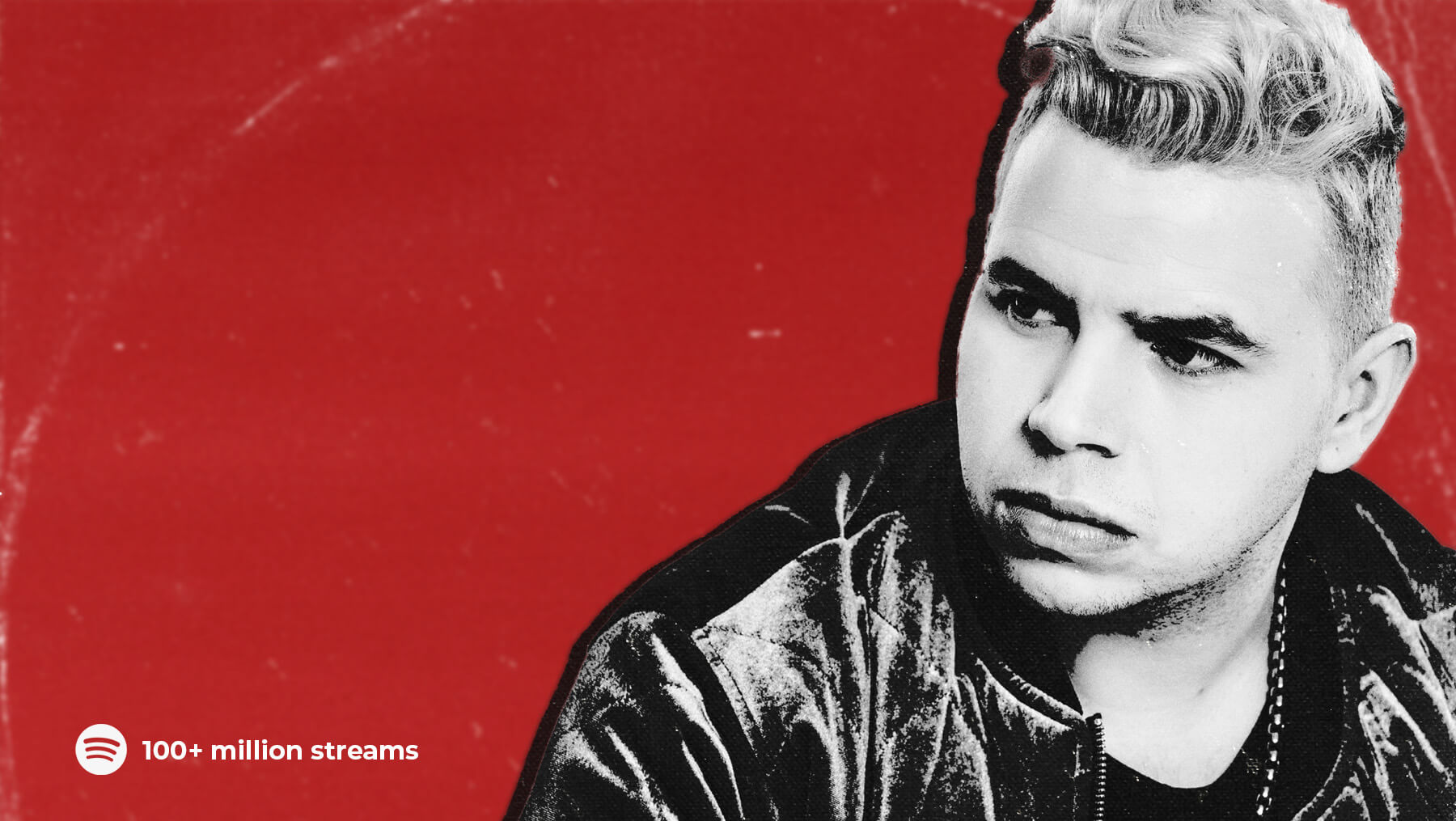 This contest has now closed

Ready for your big break?

Download Tom Enzy's stems for free. Turn them into a track, adding your own music production magic. Submit your track and it could win an official label release as a collab with Tom.

If Tom Enzy picks yours as the winning track, it could be played out for thousands to hear in clubs and at festivals right across the globe.

#1 on the Global Dance Chart

A multi-platinum selling artist with over 2.5 Million Spotify monthly listeners, Tom Enzy's numerous hit releases on the likes of: Sony, Universal, Warner, Insomniac, Selected and Spinnin' Records have already racked up more than 100 Million Streams on Spotify alone and made him the #1 Streamed Artist in Portugal for 2 years running.

Working with international music titans like Alok, Rick Ross, Pitbull and Bob Sinclar, Enzy is an in-demand dance name who has played at the likes of Tomorrowland, Ultra Music Festival, Secret Garden and Viva Fest.

Named as one of the Top 150 DJs in the world by DJ Mag in 2019, the last few years have been particularly fruitful for Enzy. Alongside many multi-million streamed tracks, 2022 saw his co-written smash-hit 'In The Dark' with Purple Disco Machine and Sophie & The Giants reach the Billboard Top 10, top the European Airplay Chart and claim the #1 spot on the Global Dance Chart.

With a string of huge future releases and collaborations scheduled throughout the year, 2022 is shaping up to the biggest year for Tom Enzy yet.

So, are you ready to release a collab with Tom Enzy?

1
Download the FREE stems from Tom's recent Track from Scratch course using the form below.
2
Using the stems, add your own personal music production magic to create a new track
3
Come back to this page and submit your track before 30th November

We'll send you a link so you can download the stems - just fill in the form below.

When your contest entry is ready, make sure you upload it to Soundcloud and make it public. Then copy the track URL and paste it into the form below together with your contact email address

Get an insight into how Tom creates his music by watching him in his studio! 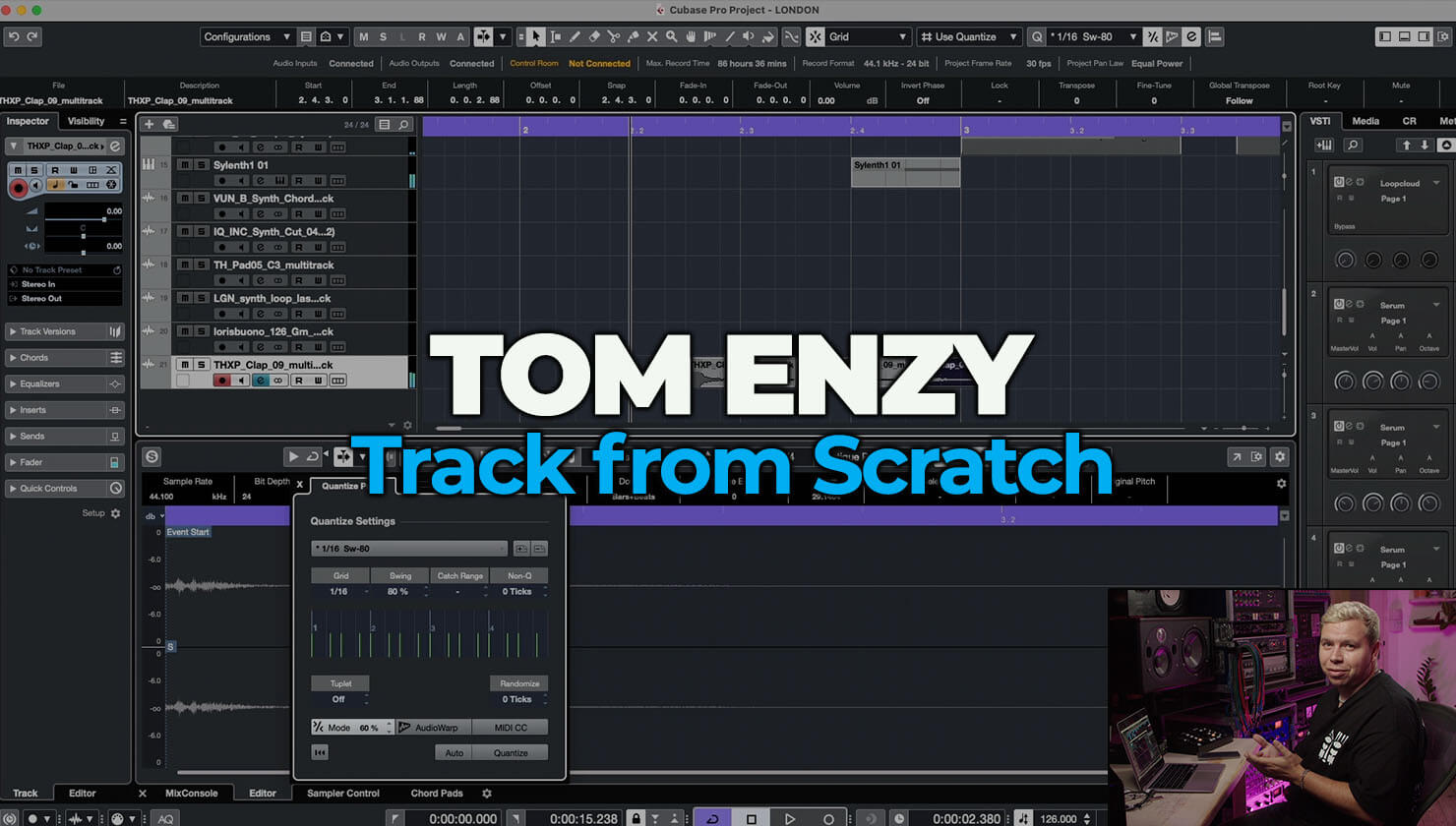 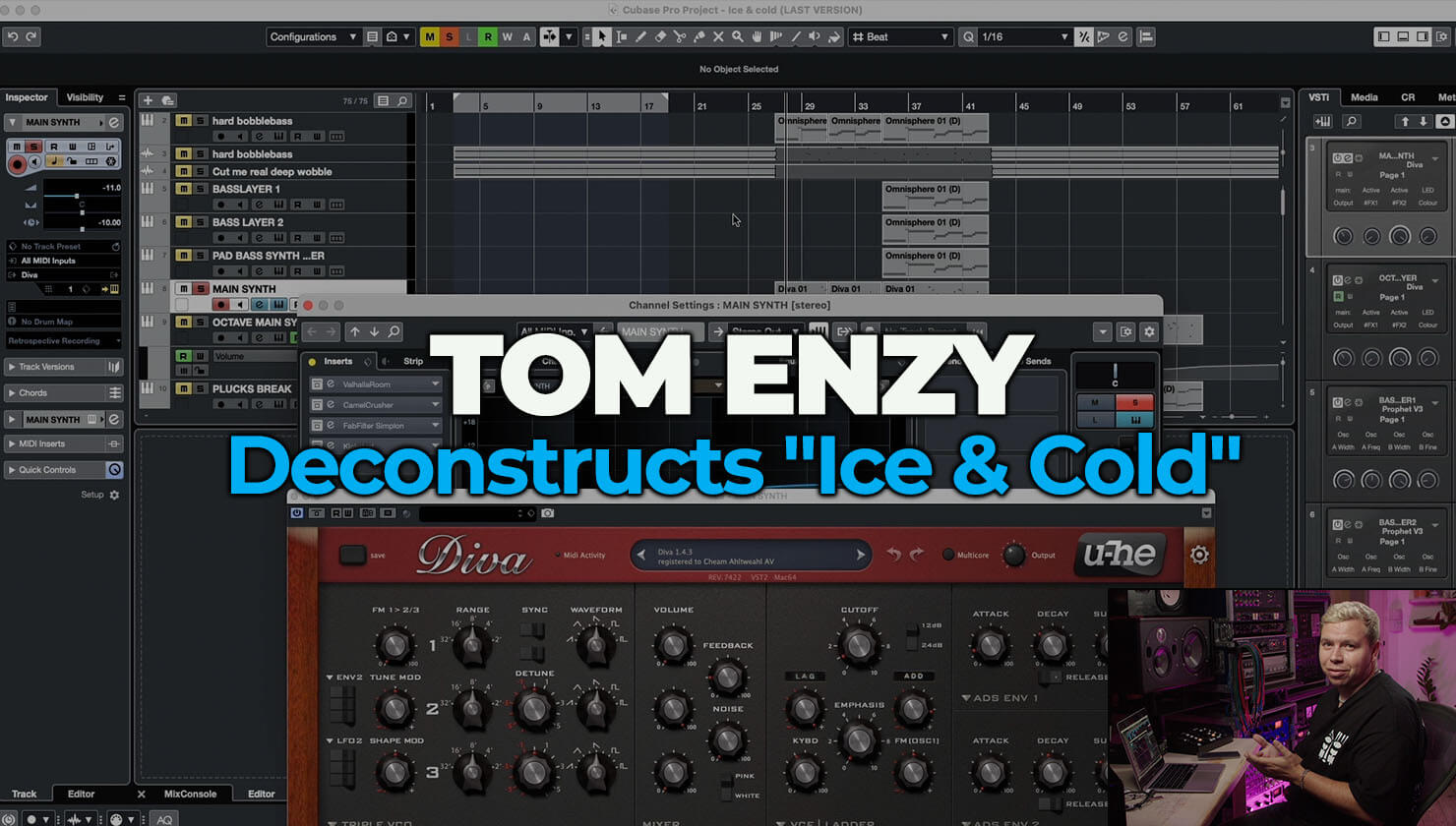 The contest is freely open to everyone!


Do I have to buy anything to be eligible to enter the contest?

No, it's totaly free to enter.


What genre does my demo track have to be?

We're just asking for House or Tech House demo tracks for this contest, so please just submit a demo in those genres.

Absolutely not - Tom will take what you submit and give it the full mix & mastering treatment.


How do I submit my track?

Upload your track to Soundcloud, make it public and then paste the link to your track into the form contained above on this page.


What happens with the winning track?

Tom will take the winning track and finish it so it's ready to play out.

Not only that, the track will then be shopped to various labels and (no guarantee, but) could get signed


What can I chat to Tom about?

If you win, you'll get a 30 minute live video chat with Tom. What you talk about is pretty much up to you - you could discuss your demo, your career, your production goals and how to reach them. Getting one-on-one time directly with a successful producer is such a great opportunity you're bound to pick up some amazing tips to help you succeed.

The contest closes on 30th November, midnight GMT. So make sure you submit your demo by then if you want to be in with a chance of winning!

We're aiming to announce the winner in mid December, but it may be later than that if we're inundated with tracks!

We'll get in touch with the winner by email. So keep your eyes on your inbox in December!